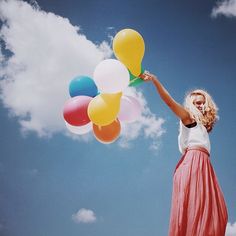 It’s freezing outside, and her ears feel numb, like they just got pulled out of the fridge. They’re so cool they tingle with something that feels sharp. But it is a bittersweet kind of pain. The kind of pain that you can afford to endure for just a minute, another minute in that chilly night, where everything smells fresh and the air is pure. She takes a deep breath and she can’t help but smile. This crisp air makes her think of times when nature was pure, untouched, void of contamination. Times when nature was all that mattered and one could feel every creature, seen and unseen. She smiles again as reality hits her. That’s all gone now she thinks. Everything gets in the way now. Just then, her thoughts are interrupted by the door into Knight Hall, the journalism building at her university. Confirmation much?

She’s been walking to class after an afternoon of watching “The Carrie Diaries” on a borrowed computer, in the huge school library. It’s 6:55pm on a Tuesday night and she has class in 20 minutes. It’s her senior year… well almost her senior year. She wants to take an extra semester, which means starting her senior year next semester.

She’s here now. She walks into the building and the artificial warm air hits her. She’s relieved that she will soon regain feeling in her ears. Her body is tingling, as it adapts to the warmth inside the building. This unnatural, forced warmth. Thank God for Heating systems she thinks. But then the air isn’t pure anymore. It smells corrupted; a mixture of several perfumes/ body sprays, sweat and warm air. Nothing fresh about that. It doesn’t smell bad though. The scents have mixed up so well that it almost smells like nothing.

The classroom is empty except for the three professors, one of whom will leave in a few minutes because his work day is over and he has to get back to his life. “Hello” she says as she walks to her seat.

She sits down and logs into the computer. Her mind drifts back to that cool air outside. She had felt very inspired in that short walk. It was something about the coolness of the air, and that long deep breath she had taken. She wants to write and as she logs into her WordPress account, she’s thinking I didn’t know fresh air could be so inspiring.

Tell me what you think. Leave a comment or send me an email; gabriellaaka@gmail.com.

There was an error retrieving images from Instagram. An attempt will be remade in a few minutes.